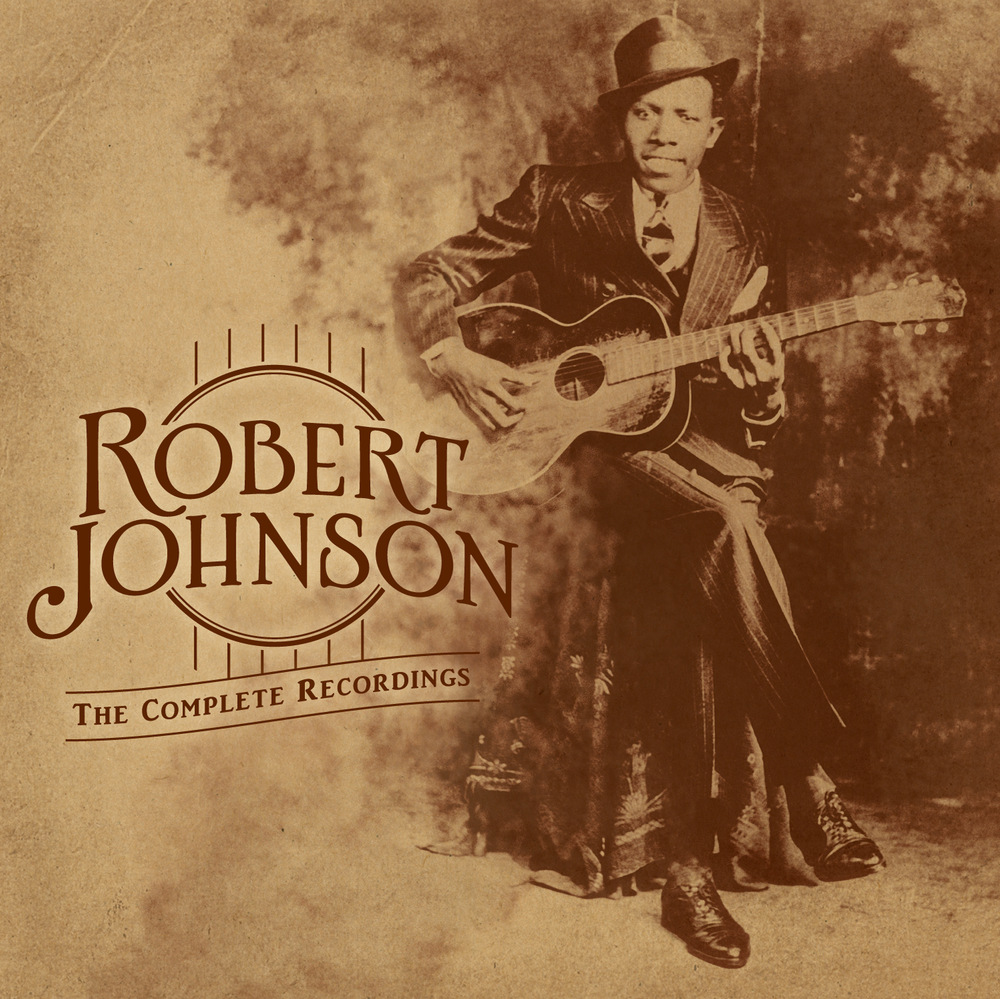 MusicRadar asked blues artist Michael Messer to list the most essential acoustic blues albums. At the top of that list is Robert Johnson’s The Centennial Collection. Messer writes:

“This is the best remaster of the whole catalogue. When it comes to acoustic blues that’s related to rock ‘n’ roll – because there are so many strains – Johnson has to be the greatest. Seventy or 80 percent of his songs are classics that have been recorded hundreds of times. His guitar style is, simply, definitive. … It’s not a competition, but I believe he was the greatest acoustic blues player.”

In a new interview with The New York Times, Bob Dylan spoke about Robert Johnson:

“…What we used to call people of high character. Genuine, plenty talented and who knew themselves, weren’t swayed by anything from the outside. … So was Robert Johnson, even more so. Robert was one of the most inventive geniuses of all time. But he probably had no audience to speak of. He was so far ahead of his time that we still haven’t caught up with him. His status today couldn’t be any higher. Yet in his day, his songs must have confused people. It just goes to show you that great people follow their own path.” 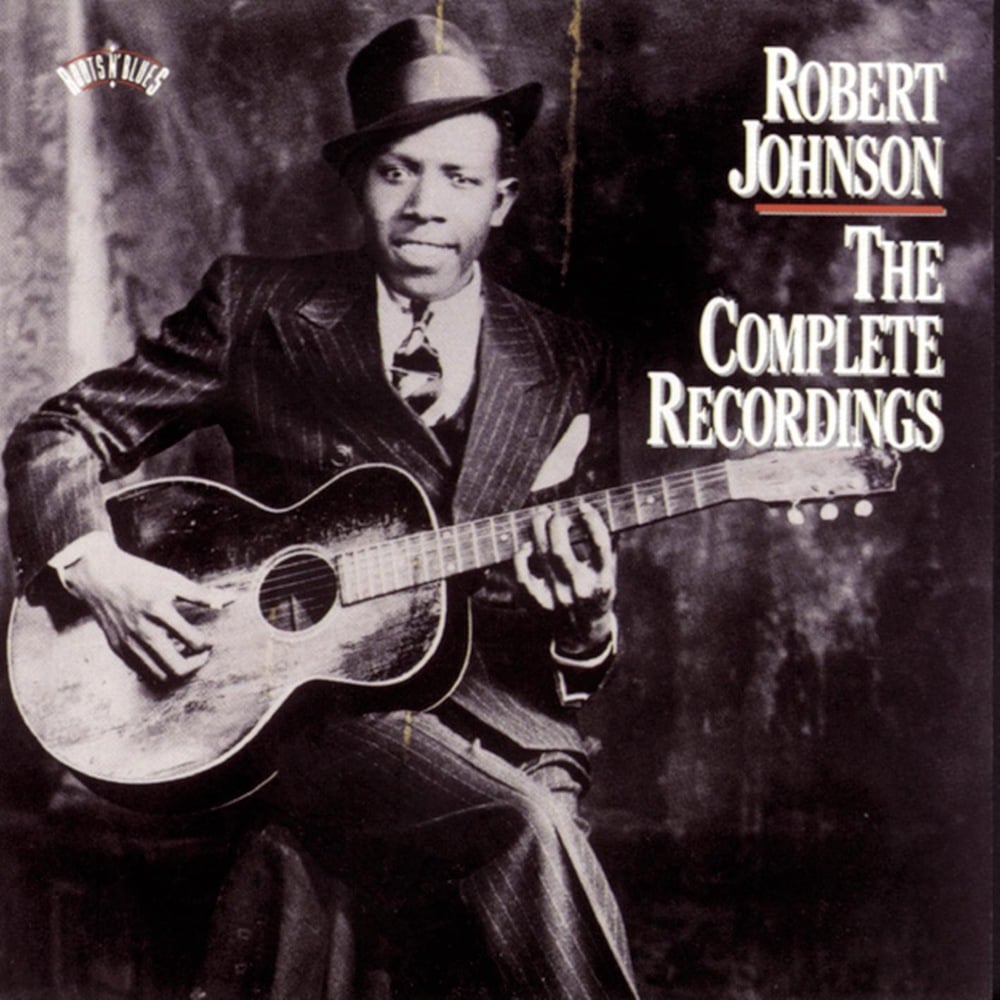 Remembering The King of The Delta Blues, Robert Johnson – born on this day in 1911.

Legend has it Robert Johnson sold his soul to the devil in exchange for his talent as a blues musician, but few would hear his music. He mysteriously died at age 27 and didn’t become famous during his lifetime. Even though he only recorded 29 songs, the royalties from his music are in the millions and the law firm which proved who was the rightful heir is still being paid for its services 20 years later.

… Today, Michael Johnson has gone to the Mississippi Supreme Court to appeal the royalty agreement his father struck with attorneys – a deal that paid the attorneys a percentage of Robert Johnson’s royalties for years.

… “To this day they’re still receiving 40 percent of the royalties,” Michael said. “That is not right.

“That contract shouldn’t last forever. It’s time for that to end.”

Michael also said he feels his father didn’t understand the contract with Kitchens and Ellis.

“My Daddy had an 8th-grade education,” Michael Johnson said. “He didn’t know what he was signing. He was a gravel truck driver.”

… The case has now been filed with the Mississippi Supreme Court, but Michael has reservations about that. Jim Kitchens, who was Claud’s attorney and had received contingency fees from the royalties, is a Justice in the court. Even with his recusal, Michael feels his association with the court could impact the decision.

“I want to get a fair shake in the court system about this case,” Michael said. “The outcome is going to affect our family tremendously.”

Michael Johnson and his siblings are fighting for their last chance for justice in the Mississippi Supreme Court (Case No. 2018-CA-00260-COA). They are the grandchildren of legendary Mississippi blues artist Robert Johnson.

Nonetheless, on September 18, 2017, the Chancery Court of Copiah County ruled that the Kitchens Law Firm was entitled to 40% of all music royalty payments and other property that is currently a part of the Estate of Claud Johnson, as well as 40% of all future royalty payments and property. The chancery court’s ruling was subsequently appealed to the Mississippi Court of Appeals.

On August 27, 2019, the Mississippi Court of Appeals affirmed the prior decision of the Chancery Court of Copiah County. Thereafter, Michael Johnson and the Estate of Claud Johnson filed a Petition for Writ of Certiorari with the Mississippi Supreme Court, which asks the Supreme Court to overturn the prior decision of the Court of Appeals. This case involves an issue of first impression that has never been specifically addressed by the Mississippi Supreme Court: whether Mississippi law permits an attorney’s contingency fee contract to last in perpetuity and bind the client’s successors and their descendants forever? If the Supreme Court fails to act and overturn the Court of Appeals’ prior decision, then it will have a chilling effect on Claud Johnson’s children, grandchildren and future generations to come. Under such a nightmare scenario, John Kitchens would be entitled to collect 40% of all royalty payments or any other business transactions for the next 50-100 years or potentially forever.

On behalf of the Johnson family and the Estate of Claud Johnson, I pray that the Mississippi Supreme Court will be color blind and give us the justice that we deserve, and that it will not consider the fact that James Kitchens is currently sitting on the Supreme Court. No one should be allowed to take advantage of our family. I have never believed or agreed that the contingency fee contract continued after my father’s death. My father never intended to bind his children and great grandchildren to the contingency fee contract, nor did he ever imagine that he was signing any sort of contract that would bind our family potentially forever. My father did not even believe that the contingency fee contract should have continued during his lifetime, much less extended until the end of time after his death. It seems totally unfair and unjust for John Kitchens to be able to collect 40% of a movie deal on the life of Robert Johnson, which may happen to be negotiated by my grandchildren 50-60 years from now, without any role or assistance whatsoever from Mr. Kitchens.

The Kitchens have received over 2 Million dollars, and there is no way they should still be receiving royalty payments from me and my siblings or from our grandkids in the decades to come. We as a people depend on our justice system to be fair. How is any of this fair? Hopefully the Johnson family will finally see justice, and we sincerely hope and pray that the Supreme Court’s future decision in this case will not be based on the fact that John Kitchens’ dad sits on that court.