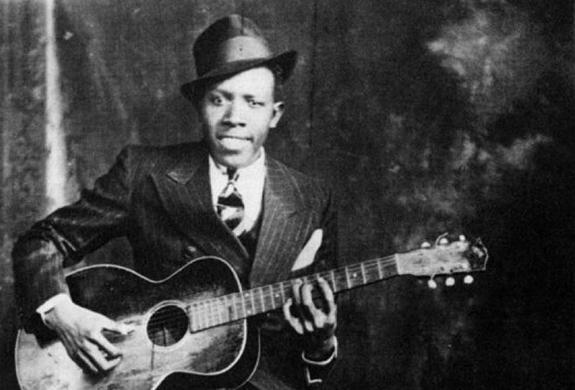 Dallas Street Choir to Open the Concert and Sing Alongside Johnson

Encore Park, an innovative cultural and social impact campus in Dallas’ historic Harwood District, is hosting the Robert Johnson Blues Revue on August 14 and 15 at its 508 Amphitheater. The public concert on August 15 will feature Robert Johnson’s grandson Steven Johnson and special guest guitarist Holland K. Smith and open with the Dallas Street Choir. The Robert Johnson Revue will also perform on August 14 following a VIP reception at the new amphitheater.

Steven is returning to Dallas to celebrate and perform his grandfather’s music with his band at 508 Park, the exact location where Robert made music and blues history and recorded half of his songs in 1937. Robert Johnson’s only recordings were produced by Don Law and Art Satherley of the American Record Corporation (Brunswick and Vocalion). Johnson died in 1938. His music was rereleased by Columbia Records in 1961 as “King of the Delta Blues Singers,” influencing musicians around the world. Robert Johnson’s music inspired legendary artists like B.B. King, Eric Clapton, and Keith Richards.

“The band’s sound is Robert Johnson-style blues catered to the 21st Century,” quipped Steven Johnson. “We play ‘Sweet Home Chicago’ and all of my granddad’s music with a rhythm he would have played if he’d had a full band.”

The Dallas Street Choir will open for the main act at 8 p.m. on August 15 with four songs. The choir’s final song will be with Steven Johnson. Operating out of The Stewpot, which is located across Park Avenue from the 508 Amphitheater, the Dallas Street Choir is made up of people who are homeless and/or are severely disadvantaged. The choir is led by Jonathan Palant and aims to inspire people and lift the street community up. “Our sound is our own. It focuses on singing with heart and building a community through song,” says Palant. “We use song to forget the stresses of today, come closer together, and have fun.”

General admission tickets for the August 15 concert are $10 and preferred seating tickets are $40. Gates will open at 7:30 and event-goers are invited to bring small coolers. Chairs will be provided. No pets or firearms. Free public secure parking is available in the First Presbyterian Church garage at 408 Park Avenue at the northeast corner of Young Street and Park Avenue. VIP tickets are $75 and include a reception and short show with Steven Johnson and his band on Friday night, August 14th. The VIP ticket will also include admission to the Saturday night concert. Both events will take place at the 508 Amphitheater starting at 8 p.m. Tickets can be purchased here.

About Encore Park
Encore Park, an outreach project of The Stewpot and First Presbyterian Church of Dallas, is an innovative revitalization program of an historic, but long-neglected block in downtown Dallas. Work began with the Church’s purchase of 508 Park and adjacent properties in 2011. With the goal of improving the lives of the homeless and improving downtown Dallas, the cultural social campus currently includes Encore Park’s 508 Amphitheater, Sculpture Wall and Community Garden. Fundraising for Phases II and III to complete the interior of 508 Park’s recording and art studios, rooftop, and Museum of Street Culture; add a teaching kitchen to the Community Garden; and renovate 515 Park is underway. More information at www.encoreparkdallas.org. 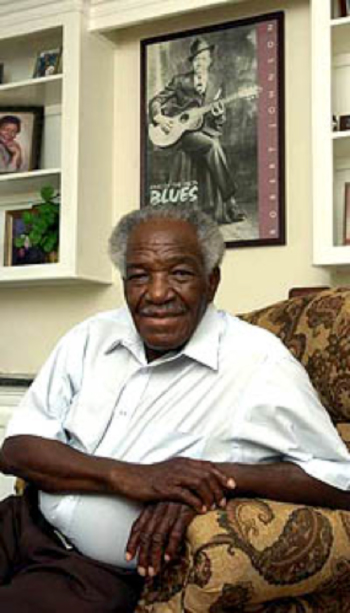 Claud L. Johnson of Crystal Springs, Mississippi, passed away on June 30, 2015, at Baptist Hospital in Jackson, Mississippi. He was 83 years old and the only living child of blues legend Robert L. Johnson and Vergie Cain. Mr. Claud lived the majority of his youth with his grandparents, Alex and Elizabeth Smith.

His grandfather, a Baptist preacher, instilled in him the importance of faith, community, hard work and charity. This early influence from his grandfather played a major role in shaping the man he would become. Although he had very little formal education, Mr. Claud was extremely wise and he stayed sharp until his death.

As a young boy, he assisted his grandparents by working in the fields and did yard work for his neighbors. When he was fifteen, he moved with his grandparents to Gulfport, Mississippi, where he got a job unloading trucks. Throughout his career, he worked in a sawmill, a bottling plant, a service station, an electrical power plant and for a cabinet manufacturer. He also owned and operated a barbeque restaurant in Crystal Springs, Mississippi, and was an independent truck driver, hauling sand and gravel for Green Brothers Gravel Company in Crystal Springs.

Mr. Claud was not a man of means until later in life, but he still was able to appreciate how greatly he had been blessed. Each year for Christmas, he would buy a lot of fruits and nuts, which he would assemble into gift baskets. He would deliver the baskets throughout the community to the elderly, homebound and needy. A ten-year legal battle resulted in the adjudication of Mr. Claud as the only son of and the sole heir-at-law to the estate of Robert L. Johnson. His legal success did not alter the core values instilled in him by his grandfather. For six months following the first royalty check earned from his father’s estate, he continued to get up each morning to haul gravel. Today, almost two decades later, Mr. Claud’s old gravel truck still sits on his property and in view of his house. That truck was his constant reminder of his humble beginnings and how far he had come.

Even though Mr. Claud’s financial situation had changed, his sense of obligation and duty to those less fortunate did not – the gift baskets at Christmas got bigger and the number of people getting the baskets grew larger. Wanting to have an impact on his community, Mr. Claud established the Robert Johnson Blues Foundation, which, in part, aids in continuing the legacy of his father. Through the Foundation, he provided college scholarships, guitars, gifts, advice and opportunities to aspiring young musicians.

As the only son of Robert L. Johnson, Mr. Claud’s story has been featured in Rolling Stone, The New York Times, The Denver Post and The Los Angeles Times, along with countless other newspapers and magazines, as well as by many television and radio stations.

Mr. Claud will be greatly missed by all who knew him. He loved the Lord, his family, his church and his friends. He will be remembered as a straight talker who did not compromise his beliefs and who stood strongly by his convictions – if something was on his mind, you would know it; if you got out of line, he didn’t mind telling you.

We are saddened to report that Mr. Claud Johnson, son of Robert Johnson, passed away this morning at the age of 83. He lived a long, full life and is now reunited with his beloved Earnestine. We will miss him dearly and ask that you keep the Johnson family in your prayers. A full obituary will be posted at a later time.

There are myriad ways to remember Robert Johnson. You can identify him as the King of the Blues, the quintessence of the notion that the purest way to cathartically address the demons inside us and the pain accrued during our lives is to grab a guitar and sing about them in the most fearlessly expressive terms available. You can say he’s in many ways the first singer-songwriter, someone who wrote with searing confessional honesty about his life, taking words and phrases both familiar and unique and assembling them in such a fashion that it was like he had taken a picture of his soul and exposed it for the world to see.

Maybe you prefer to think of the influence he’s had on modern music, not just in terms of the hundreds of cover versions of his songs that have dotted the landscape for the past half-century or so, but also in the work of musicians like Bob Dylan, Keith Richards, Eric Clapton, and dozens of other rock luminaries who owe a great debt to the example that Johnson set in a mere 29 songs, the sum total of his recorded legacy.

… The music is what the Robert Johnson Blues Foundation has always attempted to bring into focus. Like any organization that depends on donations from others for its ability to achieve its goals, which not only include the preservation of the Johnson legacy but also the betterment of the Copiah County, Mississippi, area from which the blues legend hailed, the Foundation has struggled in recent years along with the economy. The good news is that, according to Steven Johnson, Robert’s grandson and the vice president of the Foundation, better economic news means that this year should see the return of initiatives like the New Generation Award for aspiring young musicians and a music festival in honor of Johnson.